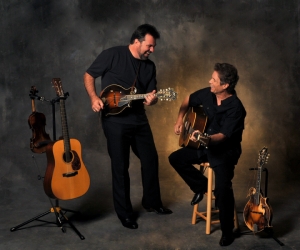 With Mark Newton and Steve Thomas banded together, the "sideman" has become a "frontman," and the "frontman" is now a "partner." Both men are native virginians who both struck out seperately in the music business decades ago, with both having completely different experiences. Now that both of their paths have converged they are eager to blend their various musical flavors together to share with bluegrass and Americana fans everywhere.