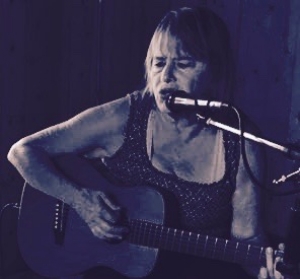 Wonderin
She made the soundtrack for the Sam Shepard/Robert Altman movie FOOL FOR LOVE (MCA) in 1986.
Mikel Gilmore - Rolling Stone music critic @ FOOL FOR LOVE:
“This is actually a hidden pop-country masterwork…a uniquely hard-tempered, sexy inviolable voice - perhaps the most haunting new voice heard all year.”

1998 Sandy’s second record GREEN MOON John Conquest - 3rd Coast Music - Texas @ GREEN MOON:
“Back in 1986, I reviewed an MCA album called Fool For Love, the soundtrack from the film of Sam Shepard’s play, noting that the nine country songs his sister wrote and sang were distinctly unusual, virtually unique…Reemerging eleven years later with a second album, her ten songs, including Fool For Love, which wasn’t used in the film but was heard in Quentin Tarantino’s RESERVOIR DOGS, are intelligent, atmospheric…autobiographical… In one mood, Sandy Rogers can evoke Janis Joplin, in another Tammy Wynette, but these are elusive and ultimately pointless comparisons because it’s her depth of character, her realness that makes this album, like its long out of print predecessor [Fool For Love MCA soundtrack] such a keeper.”

Wonderin is 10 more songs written and sung by Sandy Rogers. It is grooving country, meaningful lyrics, bluesy voice that cuts you. You will play it over and over and over again.
available at www.rattlerecords.com and www.cdbaby.com
5
What's This
Advertisement