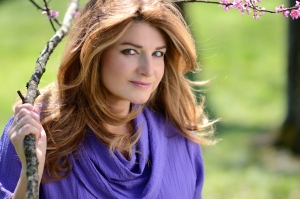 During her tenure as a solo artist with RCA Records between 1979 and 1987, Sylvia became one of the most celebrated women in country music. She released five albums with a dozen #1 and Top Ten hits, sold over four million records, and won multiple awards including the Academy of Country Music’s Female Vocalist of the Year and Billboard’s #1 Country Female Artist. In the 1990s, Sylvia began sharing new facets of her voice and perspective as an artist through her work on her own record label, Red Pony Records. Last year, she released the critically acclaimed It’s All in the Family, her most personal album to date and the first ever on which she is a co-writer on the majority of songs. Sylvia’s talents and interests also extend beyond music; she has worked as a certified life and career coach to executives and artists of all genres and served on the board of a non-profit organization that serves and supports people who have mental illness and substance use disorders. Yet she has never stopped singing – even while on hiatus from performing, she kept a weekly appointment with her voice teacher and continued to hone her craft as a vocalist.

Sylvia is quick to point out that her path hasn’t been a straight one, but she likes it that way. What is most important to Sylvia is continuous growth – personal, professional, and artistic – and gratitude for the choices, challenges, and turns in the road that have brought her to where she stands today. Sylvia’s unique ability to honor the past while standing firmly in the present is what makes her new release, Second Bloom, so striking. On this album, she re-imagines some of her greatest hits, using the life experiences and skills she’s gained as a musician over the last three decades to imbue them with new life and let them bloom again. Sylvia’s not trying to relive the past, but neither is she running from it – the album functions as a kind of bridge from her early career to the present, and she makes navigating the bridge look effortless.

While the sound of much of Sylvia’s formative music is iconic of a certain era and genre, she notes that the songs themselves are not bound to a specific time and place. The creative process of making Second Bloom therefore involved listening deeply to what each song had to say at its core and translating that message into a more contemporary musical dialect. In some cases, this meant working with co-producer John Mock to simply modernize a song’s instrumentation and voicings; in other cases, it meant a more sweeping departure from the original production, while keeping the signature licks fans will recognize. But throughout Second Bloom, listeners will hear in Sylvia’s voice genuine reverence and affection for each song as part of her artistic lineage. The result is an album that is by turns introspective and carefree, evocative and joyful, and that will remind fans why they first fell in love with her music while allowing them to experience it anew.