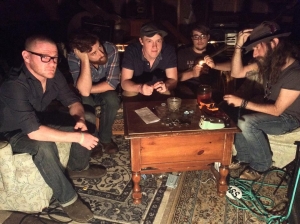 Based out of Gastonia, NC, The Menders have been blending influences such as the Beatles, Jack White, The Doors, and Ryan Adams into a folk-laced garage rock sound. Since 2011, they've been honing their craft around NC at venues such as Double Door Inn, The Visulite, The Milestone, Tremont Music Hall, and Snug Harbor. With an upcoming debut self-titled album, lyrics dealing with the complexities of life and death, 4 part harmonies, and energetic live performances, The Menders seek to offer their fans and listeners a music experience that is sure to leave a lasting impression.
2
What's This
Advertisement