Tim Gartland - Looking Into the Sun 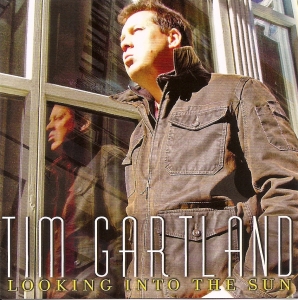 
"Tim Gartland is a uniquely skilled, underrated songwriter who comes into his own on his album, ‘Looking Into the Sun.’ He wrote all of these blues inspired songs, adding electrifying harmonica fills and touching upon various matters of the heart, plus subjects from Wall Street corruption to even LeBron James."
-Steve Morse (Boston Globe, Billboard, Rolling Stone)


"His veteran vocals and precision harp work can be compared to that of the great bluesman Charlie Musselwhite… "
-Brian Owens, Blues Review, The World’s Blues Magazine


Former Porch Rockers frontman, Tim Gartland forges a new path on his first solo outing. A member of the Nashville Songwriters Association, he is also one of the best harp players to come out of New England with the top rated instructional book (“The Talking Harmonica”) selling on amazon.com. He assembled a great team for this album including Kevin Barry (who tours with Peter Wolf) on guitar, Tom West on keys (known for his glistening work with Susan Tedeschi), and Mark Earley on sax (Roomful of Blues).

Gartland writes mostly in the contemporary blues tradition based on his experience of the world today – with topics ranging from the complications of cell phone technology in romance in “My Phone Said We Talked” to the title track’s poetic indictment of Wall Street greed.

With the Porch Rockers, Gartland was a finalist in the Boston Blues Challenge and subsequently has been a judge in the competition for the last three years. While Tim has been making the rounds on the New England festival circuit, his fast rising star will soon take him across the country. His band consists of members of the Duke Robillard Band, Roomful of Blues and Peter Wolf’s band, The Midnight Travelers.