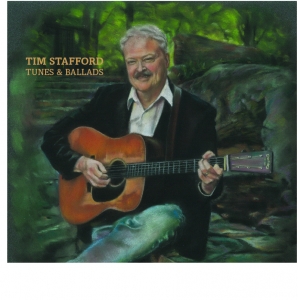 From Kingsport, Tennessee, Tim won a Grammy Award with Alison Krauss and Union Station in 1993.  In 1994, he co-founded the group Blue Highway, which is still going strong—26 IBMA Awards, 3 Grammy nominations and a Dove Award later.  Tim is a prolific songwriter with over 300 cuts and several #1 Bluegrass songs.  He was twice named the IBMA Songwriter of the Year (2014, 2017) and the SPBGMA Guitar Player of the Year (2001, 2015). He co-wrote the 2008 IBMA Song of the Year, "Through the Window of a Train." In 2010, he co-wrote the highly-acclaimed authorized biography Still Inside:  The Tony Rice Story. Tim has released four solo records and four duet records along with his recordings with Blue Highway and Alison Krauss. www.timstaffordguitar.com