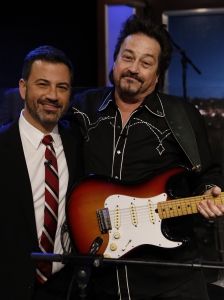 Born in Bozeman, Montana in 1955: Tom MacLear has lived a nomadic life on both sides of the Atlantic, with years in England, Scotland, Ireland and Sweden.

Before his self imposed retirement from active Touring and Recording for over 40 years: MacLear was an intimate player of back room corporate deals of Ghosts Writing for some of the biggest names in the industry.

Tom is a living legacy of the Southern California Country Rock Boom of the '70s. MacLear was a Writer, Producer, Multi-Instrumentalist and touring artist who toured or recorded for such legendary colleagues: ‘The Flying Burrito Brothers’, ‘The Hot Band’, Vince Gill’s & Byron Berline’s ‘Sundance’, Rusty Young and ‘Poco’, ‘The Dirt Band’ and numerous others.

The award winning career of Singer-Songwriter Tom MacLear found flight after Producing, Recording and Performing on a Blues CD with ex-Canned Heat Singer Guitarist Dallas Hodge in 2007 which was released on MacLear's record label MEG Records Nashville, receiving critical acclaim in Blues circles to this day, across the country.

Tom MacLear's 'New Nashville Songwriting Session Work' initially entitled: 'ONE MORE RODEO', in 2010 was released: HMMA & NEW MUSIC WEEKLY award nominated summer hit 'SWEET SUMMER DAYS' blew up on the charts in 2013 when Tom MacLear traveled to Tennessee as his own act, where he did Live Radio promotions and performed with his full band at 'CROSSROADS on BROADWAY' during the 'NATIONAL COUNTRY MUSIC RADIO SEMINAR,' via Paul Loggins Backstage Promotions.

Since then he enjoyed a steady flow of hit radio releases since 2010, and topped numerous charts and radio playlists in Country, HOT/AC and Alternative genres alike_ Making him a new hot commodity in this world of cookie-cutter music packages of late.

Since 2015 he has dedicated his writings for his own project: “Tom MacLear & Friends” which have won “Best New Country Band 2015,” by New Music Weekly Magazine, was voted ‘Most Popular Adult Contemporary Artist 2016″ by the Independent Music Network and also garnered top honors from the Hollywood Music in Media Awards with another win for ‘Best Country Song’ in 2015.

From 2010 to 2019, Tom MacLear enjoyed continuous success on STS, ROOTS, COLLEGE & AMERICANA CHARTS across the U.S. with his contemporaries such as Chris Hillman, Rodney Crowell and Jim Lauderdale, better known veterans of that Southern California Country Rock days...

Tom MacLear capped off his triumphant return to the national spotlight when he appeared on 'Jimmy Kimmel Live'. Jimmy Kimmel shouts: "You sing like an angel..." as Tom's slide guitar playing was on fire as always.

In 2022 Tom MacLear has returned to performing at select venues and will be recording and producing his wife's (Renee DiSisto) follow up of her first successfully released C.D. 'Renele: Interrupted' (with her sister Michele DiSisto), which enjoyed generous radio play in Americana, Country and AC Independent-Radio Playlists in 2019.

Tom MacLear is currently working on his long awaited Blues CD which will include archived session work of over 20 years, including performances from the likes of Dallas Hodge (Canned Heat), Stanley Behrens (War & Canned Heat), Billy Watts (Carlene Carter & Jackson Brown) Terry Wilson (Gary Burden's Animals and Teresa James) Produced by Grammy Award Winning, Tony Braunagel (Bonnie Raitt, Taj Mahal) including so many more. The CD: 'THE BIG BLUE MAC' is due for release in late summer of 2022.