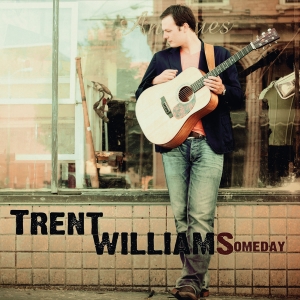 Firm roots took hold of Trent Williams at the young age of 7. Strumming along and singing at Cottie Corner Church, a little country church house in Ohio and traveling with his father to othere churches and old time revivals is where is all began. Teaching himself to play the guitar at age nine during three days off of school due to a snow storm in the hills of Appalchia. This is the path that has lead to his musical journey, and the release of his first album titled "Someday".

This fresh album contains treasured songs as well as original songs written from his own personal experiances. A labor of love, this album began in November 2013 and was release July 2014. Playing bluegrass music with a variety of friends and fellow musicians has let him to this place and time. Whether a large stage or a small intimate venue, Trent makes you feel right at home. Pull up a chair and listen to his stories. "Someday" is now for Trent Williams.
4
What's This
Advertisement