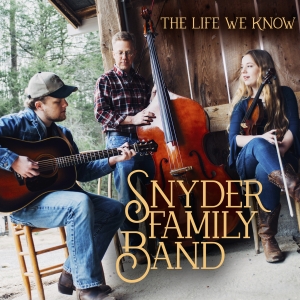 The Snyder Family Band, based out of Lexington, NC, performs a unique style of music infused with a wide range of styles and genres. They bring an exciting, talent-filled show to audiences of all ages and musical tastes.
Samantha, who began in classical violin lessons at the age of three, is an award-winning fiddler as well as a top-notch singer and songwriter. She loves the expressive, soulful nature of her instrument, which has been a huge part of her for as long as she can remember. She is dedicated to crafting unique songs with meaningful lyrics and stirring music. Whether fiddling, singing, or playing rhythm guitar, Samantha creates a warm and energetic feel on stage that demonstrates her true enjoyment of music.
Zeb, a skilled multi-instrumentalist and highly devoted musician, began his musical career with classical guitar training at age seven. After amassing multiple guitar championships as a youth, he turned his focus to performing, recording, and writing music. Zeb pulls from a wide variety of musical genres such as southern rock, blues, and country, tastefully creating his own rich style. He is widely acclaimed for his lead guitar, his songwriting, and his distinctive rhythm, which he has specially developed to carry and enrich the trio’s music.
Supporting these gifted young musicians, their dad, Bud, holds down a rock solid upright bass rhythm. His ability to adapt to the multiple genres that influence the band is a key ingredient of the trio’s signature sound.