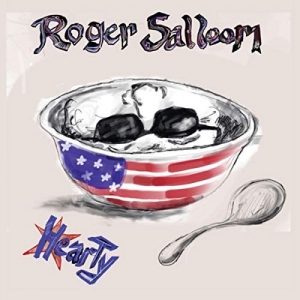 The tracks "Shake Rattle & Roll"-"Knock Me A Kiss" and "Don't let My Country Wash Away" are believed to be the last studio recordings of the late New Orleans legend Charles Neville, joined with Rock and Roll Hall of Famer, Stu Cook, of Creedence Clearwater Revival and the talented singer-songwriter Roger Salloom who have been friends for decades.


"Don't let my Country Wash Away" is a song written in the classic style of the 1960's Protest Songs-
In a country that is taking to the street by the millions-This song just might be a great start. Chance Austin-"The Last Chance Medicine Show" WLVR FM

“A hybrid of Dylan and McCartney” Kevin Matthews, Fufkin.com


“...The writing talent of Dylan or Guthrie... musical genius...hilarious and tragic, kindhearted and careless, all the complexities of a real human being.” IMDb

Roger Salloom’s voice quickly suggests a comparison to early Bob Dylan, but it’s this vet’s penchant for telling a great story that puts him in the same category. Time Out New York

“…the most seductive singer ever to seduce these jaded ears.
He’ll massage your worries into next week.” John M. Lomax, II

“There are countless famous story tellers in American history. If Salloom keeps this up, he'll easily find himself among them.”
Abbey K. Davis – MuzikReviews.com

“a wonderful lyricist, he sets the standard for singer/songwriters. In the final analysis, Last Call is an excellent release from a master craftsman.”
David Bowling, BC, Blog Critics,12/19/09

About the cd Last Call “….gems here, every inch of this release a pleasure. The real category for what Salloom is doing isn't easy to fully place. ….sorrowful happiness, memories can bring, human beings being so capable of holding emotional contradictions simultaneously, but, man o man, is the Golden Era ever alive and well in his work! Be prepared to be captivated. Folk & Acoustic Music Exchange by Mark S. Tucker