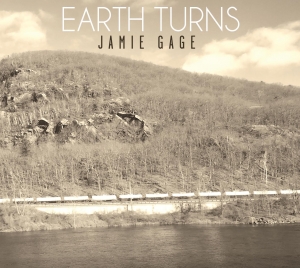 Music Mountain announces release of new political single “Georgetown Boor”, in honor of Election Day 2018
STOCKBRIDGE, Vermont – November 5, 2018
Music Mountain today announced the release of the newest single from Jamie Gage, “Georgetown Boor” - a political folk song about the events surrounding the Supreme Court nomination hearings this fall. Released in time for Election Day 2018, the single is the first tune from Gage since his debut CD “Earth Turns”, which landed in the Top 50 Americana charts at Airplay Direct in January and then again in July, 2018.

“The confirmation of the Supreme Court nominee Brett Kavanaugh this fall amidst the allegations of assault against him from several women over many years was, for me, a really telling moment in our history,” says Gage. “Especially in the context of the #MeToo movement, the unnecessary rush to confirm the nominee didn’t seem to make sense, and resulted in the new song.”

The single, described by producer-songwriter Bow Thayer as a kind of ‘whirling funeral dirge’, blends a strong march-like cadence with a brooding carnival atmosphere that reinforces the vocals perfectly. Contrasted against the context of our historical landscape as a nation, the song's lyrics give a sense that though middle class Americans may feel vulnerable to the power of the elites in DC and the 1%, there is still hope that things will get better.