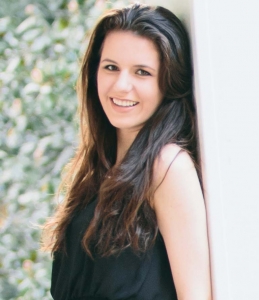 BIOGRAPHY
Kristen Barkuloo is an independent artist who is known for her relatable, thought-provoking lyrics. Her latest song, Reckless, marks a return to the studio, and is the first in a series of singles about new beginnings, heartbreak, finding adventure, and making your way back home.

The Songs
In the summer of 2013, Kristen released her debut full length album, Halfway to Tennessee, a compilation of 11 original songs. She immediately received positive response and high praise as a result of releasing an album of all originals at such a young age. Nikki Hedrick of the Beachcomber Music Reviews wrote, “It must be acknowledged that at 17, even having 11 originals to her name is a feat in itself. The album [Halfway to Tennessee] is mostly ballads plus a few midtempo numbers, with lyrics that are wise beyond her years. Barkuloo has a soft, warm voice that country fans will embrace.”

The following year, Halfway to Tennessee was followed by Kristen’s original single Last Chance, which was selected as a top five winner in the Singer/Songwriter category of the Great American Song Contest, edging out more than 1700 international entries.

Kristen began singing her originals on stages in and around the northwest area of Florida, including Panama City and the Scenic 30A area near Destin, Santa Rosa Beach, and Seaside. This popular destination along the panhandle of Florida is known as a hub for rising musicians, and offers many opportunities for singer/songwriters. Along with local venues, in 2014, Kristen was invited to sing as a showcase artist at the Florida Music Festival in Orlando, at the Spring Festival of the Arts in downtown Panama City, and the Furry Festival at Gulf Place Amphitheater in Santa Rosa Beach. Kristen was a founding artist in the Music Matters! initiative in Panama City, a partnership among musicians, restaurant owners, and the Downtown Improvement Board to revitalize the downtown area and encourage patrons to support local businesses while enjoying the sounds of local musicians.

Along with live venues, Kristen has also had success on the radio. Her first radio interview and first official spin of “Halfway to Tennessee” (title track) was with CMA award-winning country radio DJ “Dr. Shane” on station WPAP 92.5. In addition, she has had radio airplay on dozens of independent radio stations in the U.S. and around the world.

In February of 2014, Kristen was added to the Nashville Songwriters Association International (NSAI) "Ones to Watch" list as a songwriter who is recognized by NSAI evaluators as a writer who is "on the rise." Kristen got the attention of NSAI evaluators for her "unique and promising writing skills." Kristen’s style of writing seems to strike a chord with a wide range of listeners.

Production
Kristen has been heavily involved during the production of her music. From identifying which instruments to use in each song and assisting with mixing of the resulting tracks, to singing lead vocals and working with background vocalists for just the right sound, Kristen immerses herself in the entire process. She has worked with award-winning producer Calvin Gann (The Gann Family, The Gann Brothers) for more than a decade, and has grown as an artist in that time. "I didn't have to create a sound for her. She already knew that. That was the uniqueness about Kristen Barkuloo. Kristen was very young and knew already what she wanted it to be. All I was, was a vehicle to try and help her get what she wanted. That's a neat – a very neat thing to see happen in an artist that young."—Calvin Gann, Producer

The Backstory
Kristen grew up on stage, spending more than twelve years in musical theater. She has worked with the FSU film department, and in 2010 also appeared in Lexi Alexander's feature film "Lifted" (starring Dash Mihok, Trace Adkins, Ruben Studdard), in which she was credited for writing and performing an original song titled "I'm Thinking of You."

Kristen has played the piano for years, and has always loved to write. But things suddenly changed when she was 15, when she picked up a guitar for the first time. All of the elements came together and she began songwriting. The first song that she recorded, "Sit on the Pier Alone," was written that year. Kristen never puts her pencil down, constantly writing new songs. "I can't wait to share these new songs with everyone. It is always my goal to grow as a musician, so I'm excited to get back in the studio and continue making music."

Today
Kristen is a graduate of MTSU’s College of Media and Entertainment, Department of Recording Industry, where she earned a B.A. in Recording Industry Management with a minor in Music. While at MTSU, Kristen was awarded the Hillary Scott (Lady A) Scholarship for young women seeking careers involving the creative aspects of the music industry. Since graduation, Kristen has lived in Nashville, and enjoys spending her time hiking the many beautiful trails in Tennessee, traveling, teaching English as a Second Language (ESL) to foreign students, and, of course, making music.