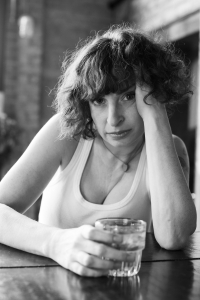 Brooklyn-based singer/songwriter Lara Ewen tells stories, most of which are true. The semi-autobiographical nature of her work blends both the real and the imagined, and musical landscape Lara navigates is as unexpected as her lyrical twists: multiple variations on country, Americana, and singer/songwriter influences abound, drawing comparisons to musicians who sometimes get summarily lumped into the folk category, such as Patty Griffin, Lucinda Williams and Jonatha Brooke.

The CD release event for The Wishing Stone Songs is on September 21, 2013 at Jalopy Theatre in Brooklyn, NY at 10pm. Tickets available through jalopy.biz.