Robb Moss - That Other World 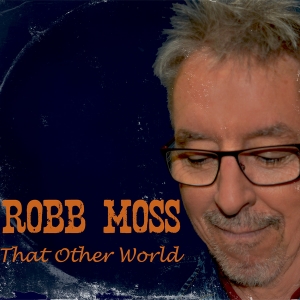 Sometimes We Win
Wish I Wrote that Song

Robb Moss is a Canadian singer/songwriter from Bragg Creek, Alberta.

Robb grew up in southern Ontario, Canada and attended the University of Windsor before heading west to the oilfields in Alberta for a career as a geologist. Robb’s work travels took him to such places as East Africa, the Canadian Arctic, Europe, Australia and New Zealand and every little “dirt road” town in Alberta. His guitar was with him every step of the way.

“Smooth with a Bit of Gravel.”

In 2012, Robb decided to step back from a career in the Canadian energy industry to record and produce his debut album, Sometimes We Win. The album is an eclectic collection of songs, several of which were penned 20 – 30 years ago. Space Migration Blues, for example, was written in the late 70’s and still has timeless appeal for that genre of music.

"I loved all your descriptive imagery... made me feel like I was walking down the streets of New Orleans during Mardi Gras, you've got lots of talent." Pro Mentor, SongTownUSA.

The songs Fools Gold and When Someone Goes Away received extensive radio play in over 20 countries across Europe and in Australia, New Zealand and Japan. The album also climbed into the top 200 of the US Americana radio charts with extensive airplay on Americana, NPR and AAA radio in the US and Canada.

In May 2013 and as a testament to Robb's songwriting, his song When Someone Goes Away was included in a musical tribute to the late George Jones on Lyon Premiere 90.2 FM in France. Other songwriters on the tribute included Terry Clark, Patty Loveless, Toby Keith and Alan Jackson.

In April of 2014, Robb ventured to Nashville to record his second CD, Wish I Wrote that Song. The album features an all-star cast of musicians including guitarist Kenny Greenberg (Kenny Chesney), keyboardist Jimmy Nichols (Kenny Chesney) and vocalist Kim Parent (Faith Hill). The album was released in February, 2015. The title song, Wish I Wrote that Song continues to receive airplay on Americana, NPR, Campus, AAA and Internet radio.

In 2016, Robb ventured to Nashville for the second time to record his third CD, That Other World. Only recently released in July 2016, the album has already garnered airplay on Americana, NPR, Campus, AAA and Internet radio across Canada, the US, Europe and Australia.

Robb's music has caught the attention of a number of industry players like White Knight Music of New York that described Robb’s musical prowess as “smooth with a bit of gravel.” Robb’s music also garnered praise from the revered NSAI (Nashville Songwriters Association) that described elements of Robb's song-writing with words like “classic, anecdotal and nostalgic with new dimension, catchy, universal, poetic, eccentric and Americana indeed.” Robb’s music continues to be pitched by reputable music supervisors for TV and Film.

Robb lives in Bragg Creek Alberta with his wife Marilyn and has 2 daughters, Sarah and Laura.